Ansible is an open-source tool that enables cloud automation provisioning, application deployment, configuration management, orchestration, and manual IT processes. Unlike other simplistic management tools, what is Ansible capable of are installing software, automating daily tasks, infrastructure and cloud provisioning, security improvement and compliance, system patches, and automation sharing across the whole organization.

Ansible works by connecting to nodes such as clients and servers on the network by forwarding a small program known as the Ansible module to that node. Ansible modules are executed over SSH and then removed afterward. The sole requirement for this instruction is that the Ansible control node has log-in access to the node that is being managed. The most common way to gain access is via SSH keys though other authentication forms are also supported. Windows Remote Management (WinRM) is also supported.

Ansible has two computer categories which are the control node and managed nodes: 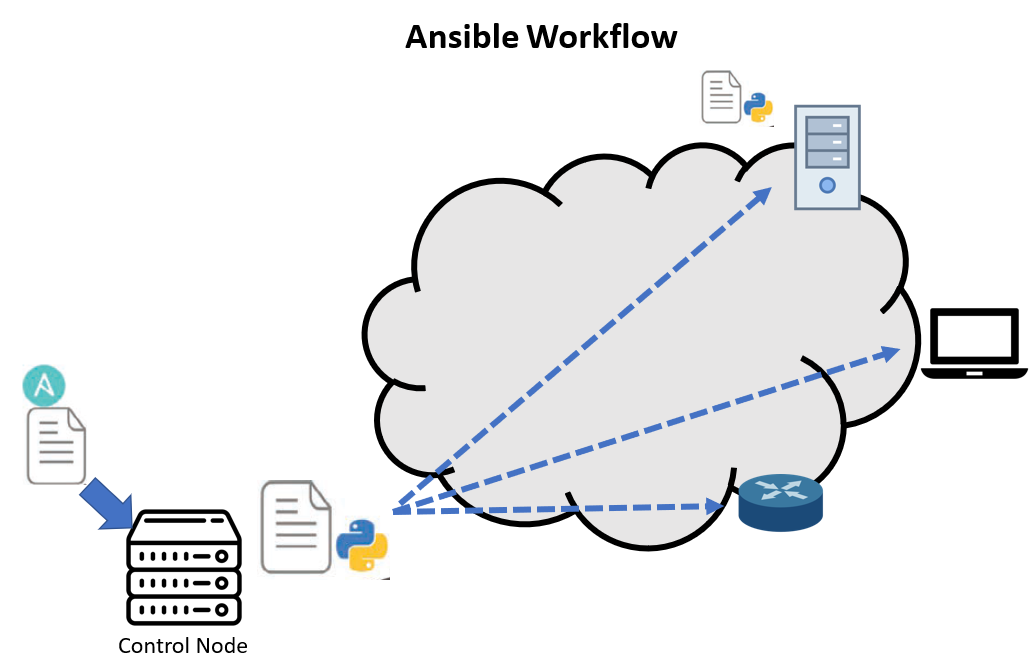 Ansible rose to popularity when RedHat purchased the company in 2015 because its capabilities are simple, and it is an open-source automation tool. It was created with the following capabilities below in mind:

The Ansible automation engine has a lot of capabilities to offer, making it a powerful tool as an enterprise automation platform.

Here are what makes up an Ansible environment in a nutshell: