A Chef is an open-source declarative configuration management tool and automation platform that translates infrastructure to code using components, such as a Chef server and workstation. Chef is written in Ruby to develop building blocks such as recipes and cookbooks. It makes deployment and development processes more efficient and predictable, testing processes better, centralizing versioning, and easily reproducing environments across all servers.

The following are the three core components that make Chef work: 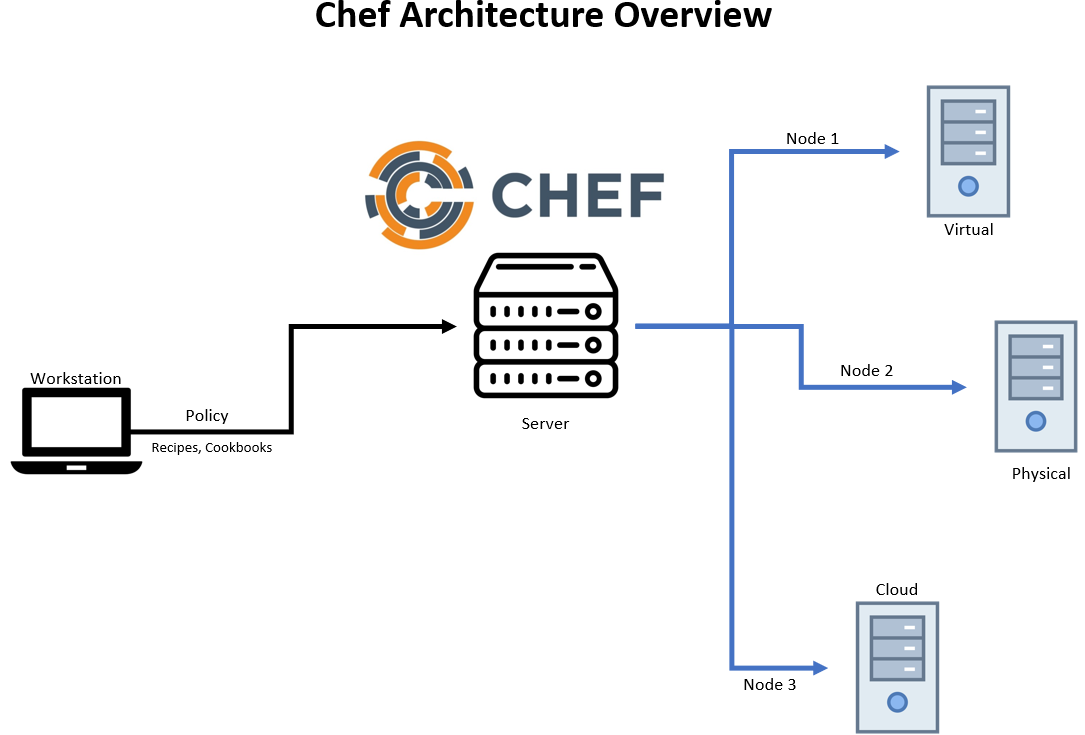 These core components enable Chef to communicate in a simple linear way, wherein revisions from the chef workstation to the server are pushed, and the Chef client gets the changes from the nodes that were pulled from the server. Data from the node goes through the Chef server to know which files are different from the current configuration and need to be updated.

The Chef deployment process needs the following steps to establish end-to-end connectivity between the workstation and the Chef client. The code is created on the Chef workstation and is stored in a file known as the recipe. It is then uploaded to the Chef server to be used in the environment.

A chef-repo directory is where the cookbooks are authored and maintained. Cookbooks created can be stored privately by an enterprise or uploaded to the Chef supermarket to be utilized by other chef users.

There are four types of Chef server deployments, and these are:

A chef kitchen is where all recipes and cookbooks are automatically executed and tested before reaching production nodes. The recipe in the test kitchen does not affect the recipes in the production environment. The kitchen supports testing within cloud providers and virtualization technologies, apart from the enterprise environment. It also supports Ruby testing frameworks, such as: