IPsec is a set of Internet Engineering Task Force (IETF) open standards for building secure Virtual Private Networks (VPNs) that use a variety of protocols and technologies to secure data traffic over public networks and the Internet.

The IP authentication header ensures data integrity, authentication, and security against packet replays. Using protocol number 51 in the IP header, AH generates a digital signature to guarantee that the packet has not been altered. Using AH is not recommended since it doesn’t support encryption or NAT traversal (NAT-T), so it’s only used for authentication.

The IPsec tunnel mode encrypts the whole original packet while adding a new set of IPsec headers utilized to route packets and offer overlay functionality. It is often used for site-to-site VPNs where the initial IP packet must be encapsulated since they are usually private IP addresses that can’t be sent over the Internet.

The IPsec transport mode encrypts and authenticates the packet payload. It doesn’t include any overlay functionalities or routes that are based on the original IP headers. It is commonly used between devices that intend to secure certain traffic, like Telnet. 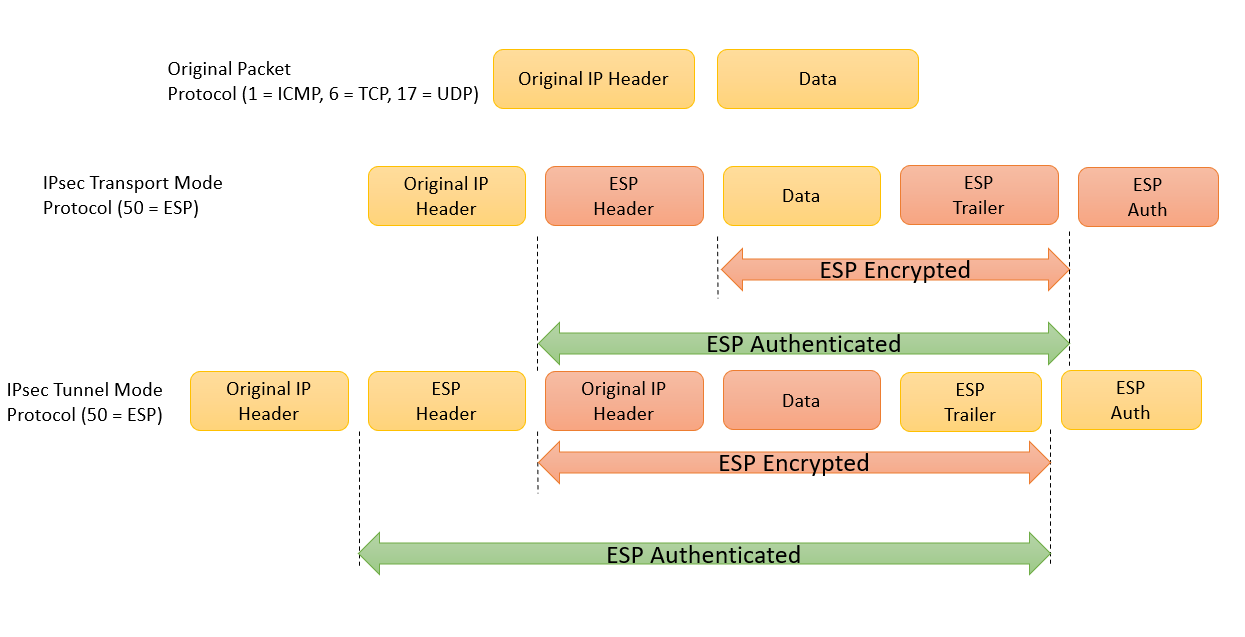