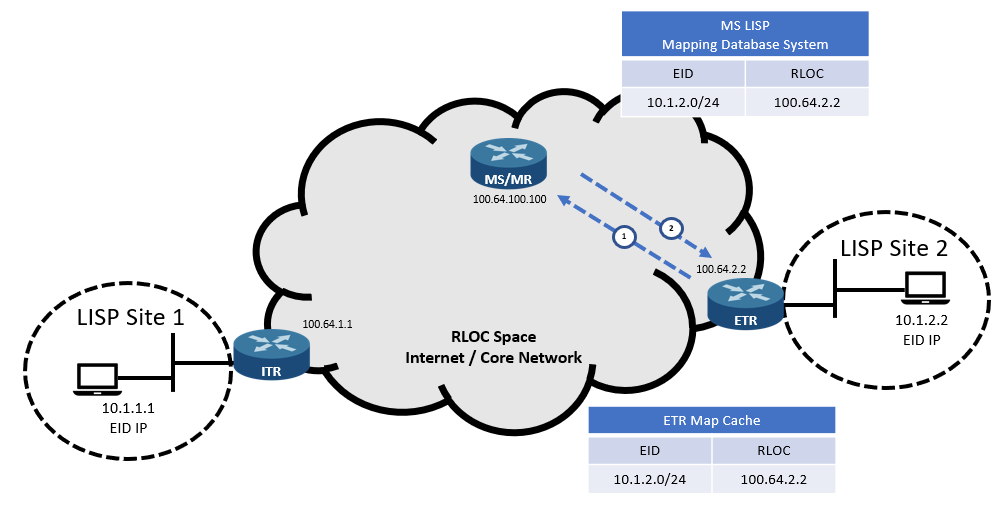 For an endpoint inside and outside the LISP site to communicate, proper traffic routing should be configured first. 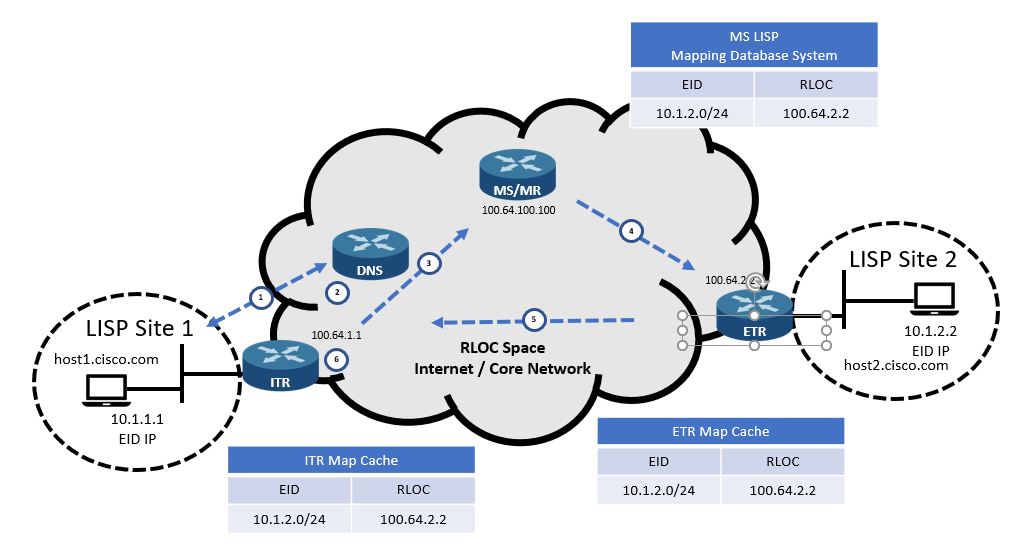 After receiving the EID-to-RLOC mapping from the ETR router (or MS router), the ITR router is ready to exchange data between the end devices considering the contents of the LISP header and the IP packet as a whole. 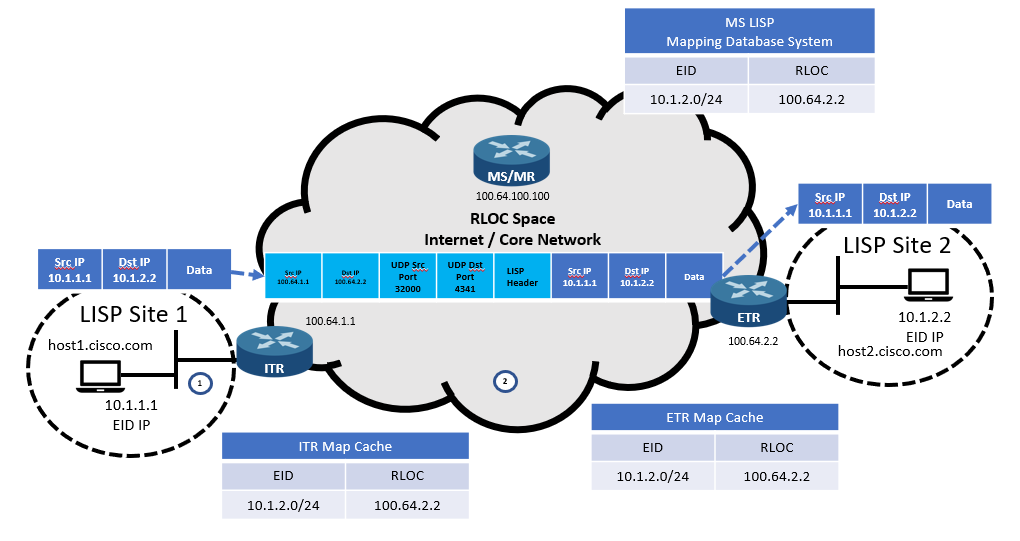 When connecting to non-LISP sites, PETR is used. It doesn’t enter EID addresses in the LISP mapping system database. Therefore, when the ITR router sends a map request, the mapping database system will give a “Negative Map Reply”. The ITR should be enabled to send traffic to the PETR’s RLOC when a Negative Map Reply is received. The ITR will then forward LISP-encapsulated IP packets to PETR.

The shortest prefix is calculated by the mapping database system for the non-LISP site. The prefix must match the destination but does not match any LISP EID. The prefix will be then attached to the Negative Map Reply before being added to the map cache and FIB. Now, the ITR can send the non-LISP prefix to the PETR. 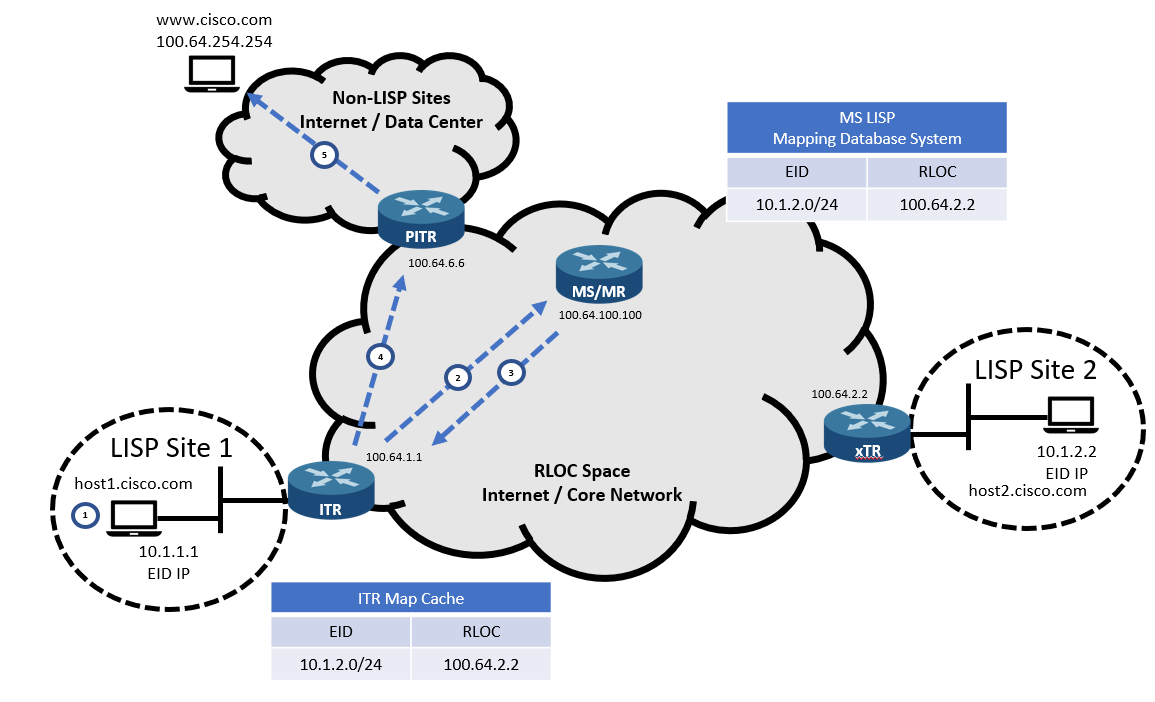 The Proxy ETR process has the following steps:

PITRs receive the traffic from non-LISP sites which are sent to LISP EIDs. PITRs and ITRs act similarly. The only difference is that even if the source is not a registered EID, PITR sends “Map Request” messages to the MR. 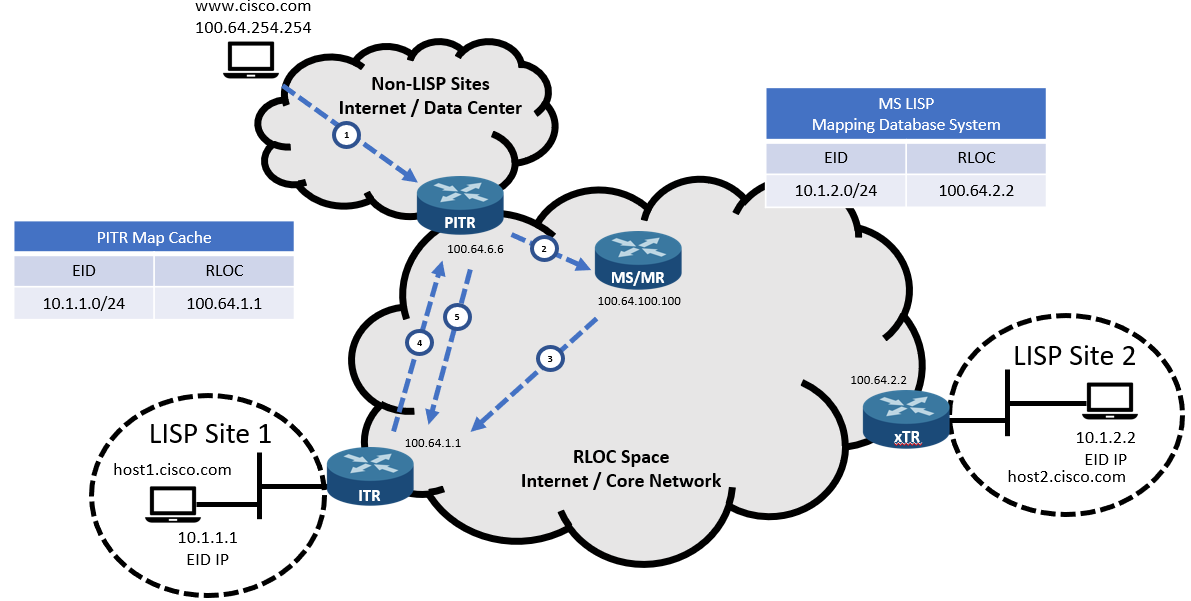