Locator ID Separation Protocol (LISP) is a routing architecture and a control and data plane protocol engaging in mapping and encapsulation. Cisco created LISP, but it is an open standard.

With LISP, Cisco uses two separate IP address functions rather than having a single IP address. These are the following:

There are three important sites in a LISP environment, namely:

The Cisco Locator ID Separation Protocol (LISP) was developed to tackle the Internet’s routing scalability concerns, which include:

LISP can also be implemented in other environments, such as data centers, campus networks, and service provider cores. It can also serve for applications, such as network virtualization and the Internet of Things (IoT). 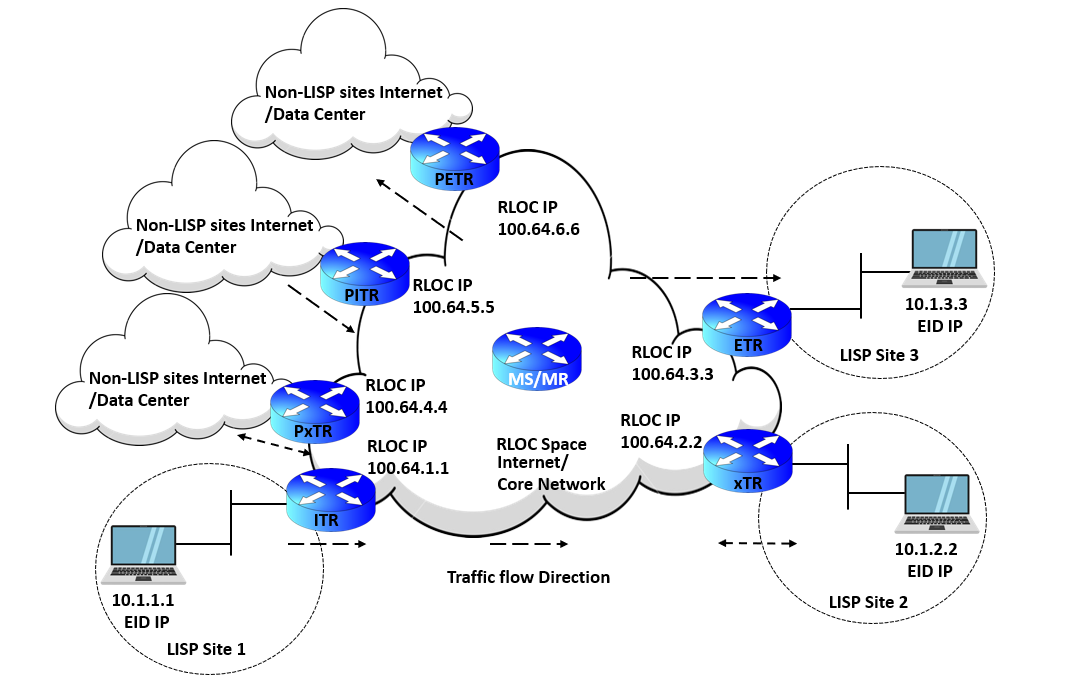 Below are the Location Identifier Separation Protocol (LISP) architecture components shown in the diagram above: