Spanning Tree Protocol (STP) topology changes affect all the switches in Layer 2 topology. When a switch detects a link change, it will send a Topology Change Notification (TCN) Bridge Protocol Data Unit (BPDU) out of its root port (RP) intended for the root switch.

The upstream switch receiving the TCN will send an acknowledgment and forward the TCN to the root bridge out of its RP. The root bridge will receive the TCN, create a configuration BPDU that contains the Topology Change flag, and floods it to all switches.

The topology changes can be checked using the command:

It displays the topology change count and the time when it last happened. If the number of TCNs suddenly or continuously increases, problems could arise. Check every connected switch port and try connecting to the switch to monitor the STP details.

STP topology direct link failures include losing power, reboots, and anything that causes the port to go down. STP can react in three ways, depending on the scenario:

There are three connected switches, Switch1 is the root bridge. The link between Switch2 and Switch3 fails. The designated port is Gi1/3 on Switch2, and the blocked port is Gi1/2 on Switch3. There will be no effect on the topology since Switch3’s Gi1/2 port is already blocked. Switch2 and Switch3 will send a TCN to the root switch, flushing the Layer 2 topology MAC address table. 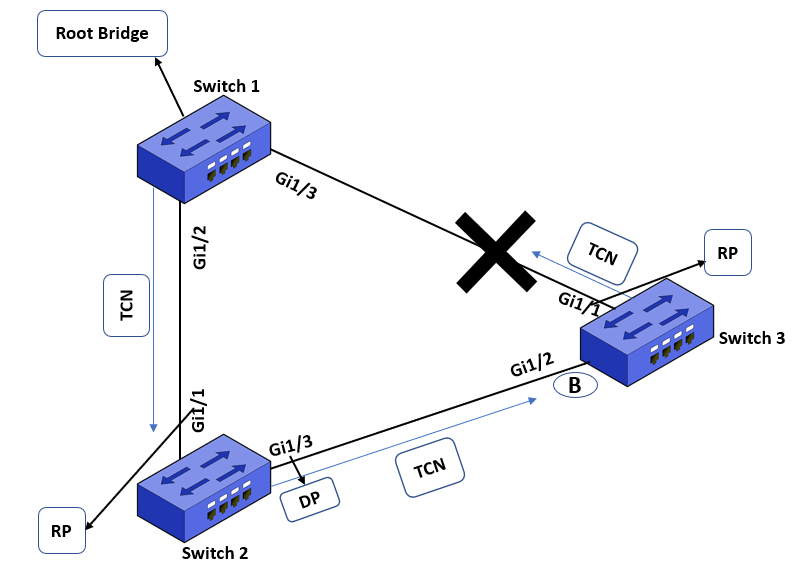 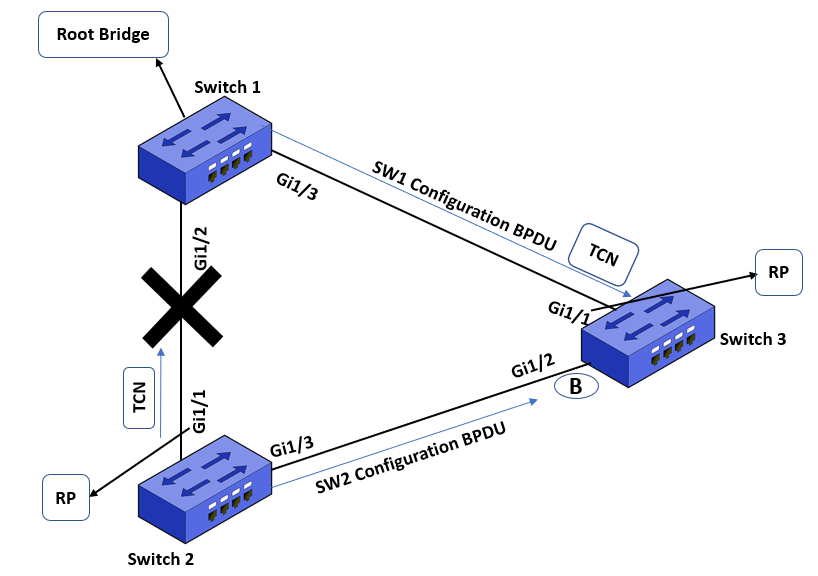 Indirect STP topology failures include impaired or filtered STP communication between switches when the network link is up, such as data corruption. In this example scenario, the link between Switch1 and Switch3 got corrupted: 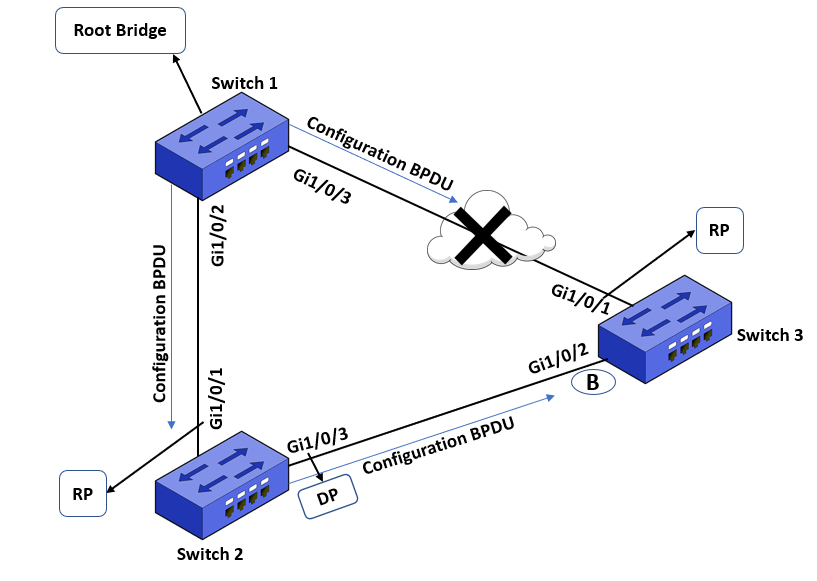