Electric signals are used to send data across the other end of the wire for wired communication systems connections. The wire is conductive, and it allows the signals to propagate easily. Wireless communication technology, such as mobile phones and radio communication, transmits information over a distance without using wires, cables, or any electrical conductors.

Wireless communication system transmission consists of a source or transmitter and a destination or receiver. The transmitter sends an alternating current into an antenna, which creates moving electric and magnetic fields that disperse as traveling waves out and away from the antenna.

The image below shows a single-point antenna connected to the sender, and the electromagnetic waves emitted by the sender’s antenna spread in a spherical pattern. The waves will ultimately reach the receiver, as well as several other areas in different directions. 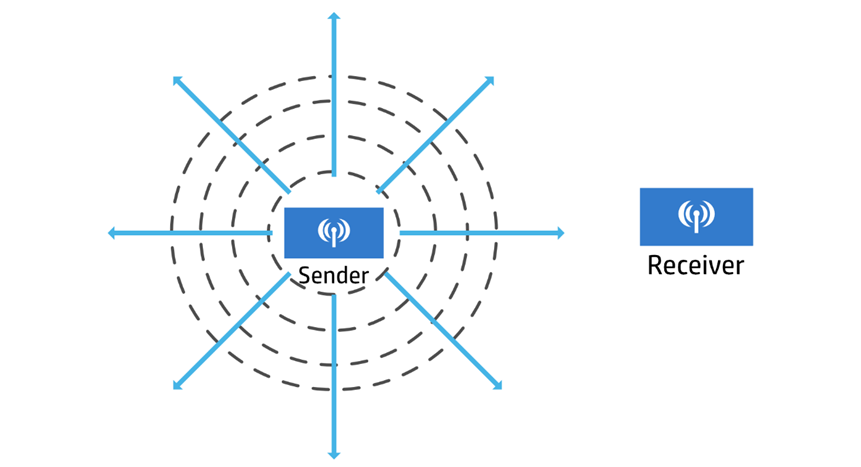 The process is then reversed at the receiving side of wireless communication systems. When electromagnetic waves reach the receiver’s antenna, they generate an electrical signal. The received wireless signal will be a near copy of the originally transmitted signal.