If a MAC address is received but is not advertised on the MAC address table, it is treated as an unknown frame, and it will be then forwarded to all the ports on the same VLAN, excluding the port where the frame originated. Receivers that are not interested will recognize that the destination MAC address in the frame does not belong to them and discard the packet.

A network switch determines to forward multicast traffic with IGMP snooping enabled so that it maintains the information about the interfaces in its multicast forwarding table:

Interfaces that are discovered are populated on the MAC address table and are able to receive the specific multicast traffic. The learned interface on the MAC table age out after a certain period. If the interface does not receive IGMP queries or PIM updates within a given time, the multicast streams are halted. 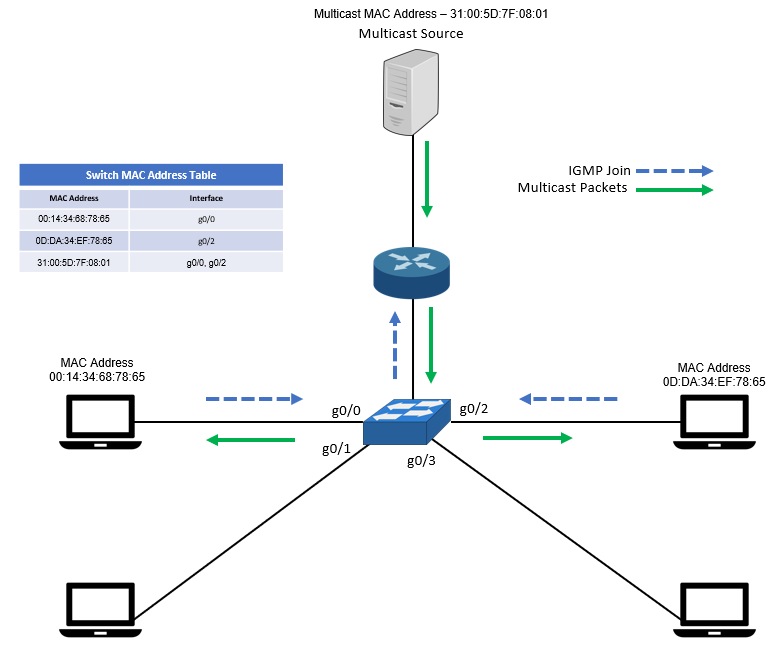 Here are some of the advantages of enabling IGMP Snooping on our switches.