The campus network is a part of the enterprise network that provides network services and access (wired and wireless) to users in a single geographic area, such as a single or multiple buildings. Implementing the simplified Cisco campus network design model provides the following benefits:

Campus Design with VSS and StackWise

The diagram below illustrates how VSS and StackWise can simplify the network design. You can see the physical layout of a topology implementing a Virtual Switching System (VSS). Let’s say that the upper switches are distribution switches. They are clustered together using VSS. The access switches at the bottom are connected to the distribution switches using Layer 2 or Layer 3 Multi-chassis EtherChannel (MEC). 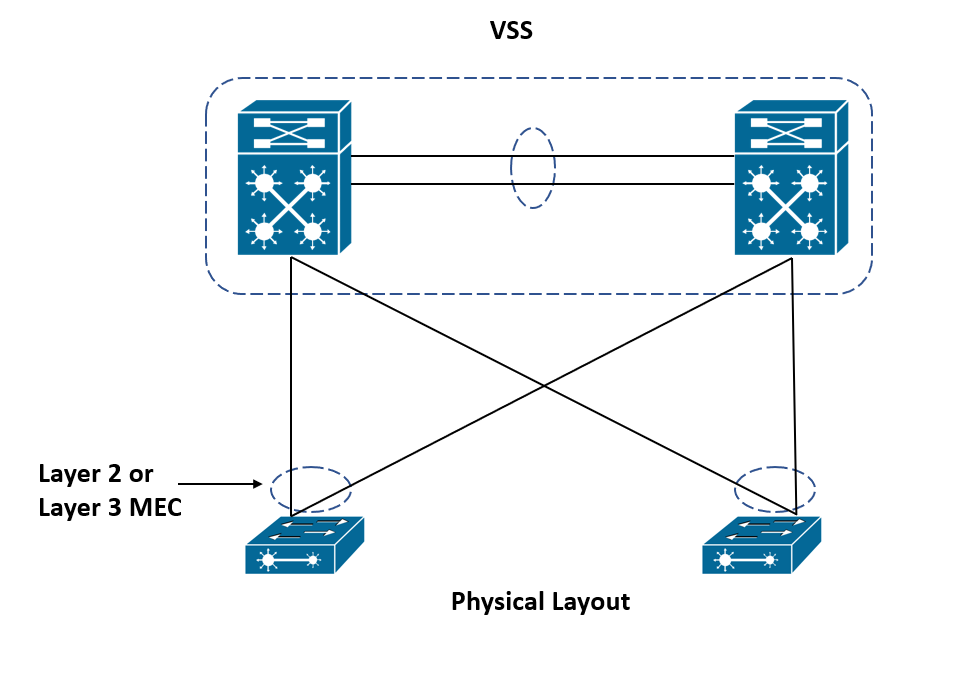 The figure below shows how connected access switches recognize the VSS-enabled switches. Logically, the connecting devices can see a single switch. However, physically, there are two switches clustered using VSS. 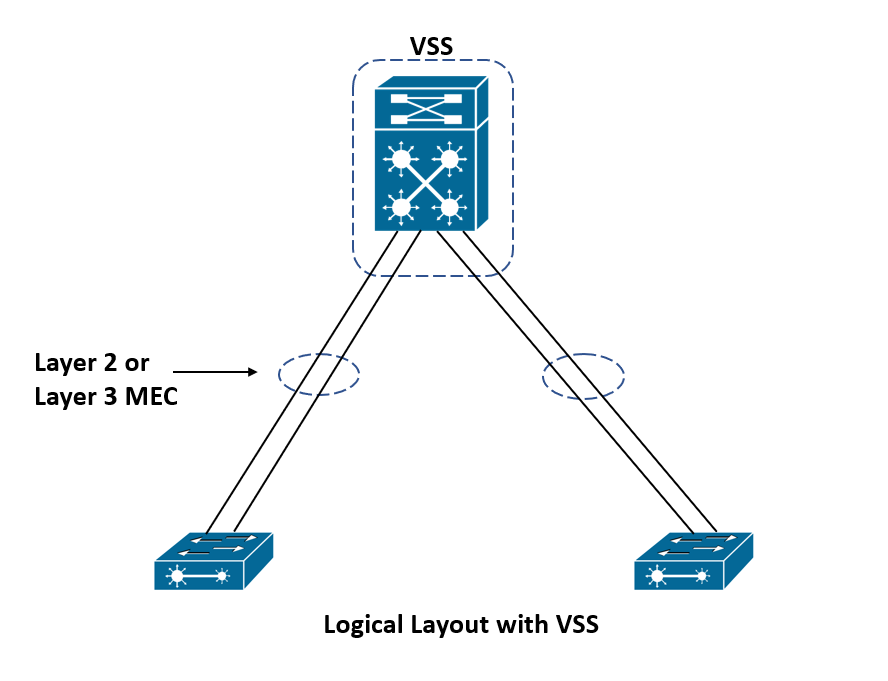 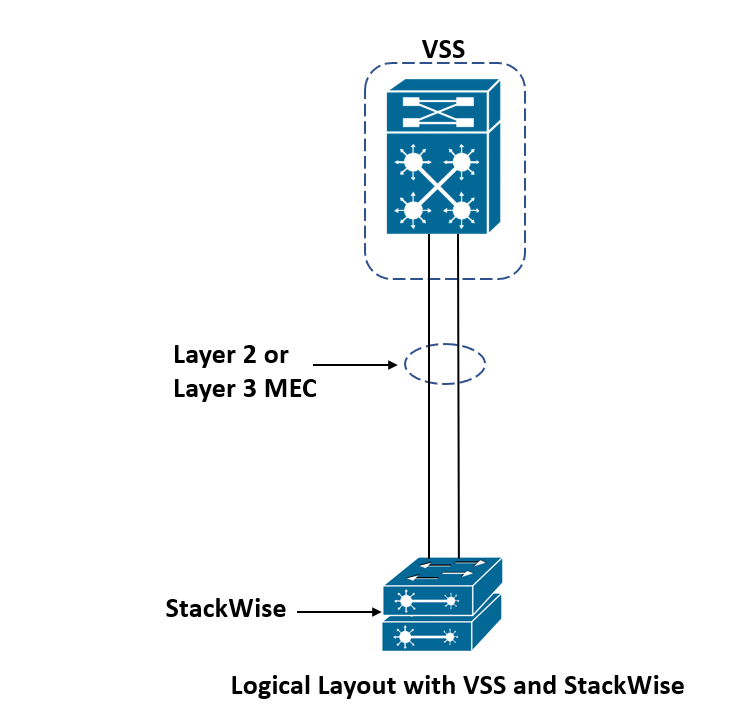